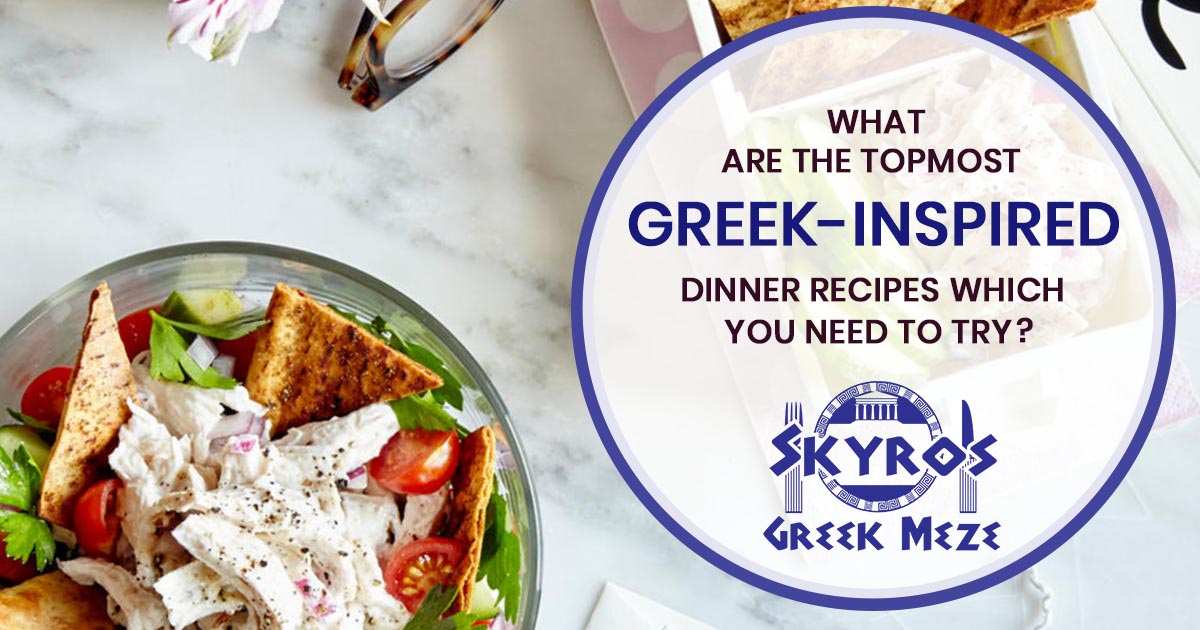 What are the topmost Greek-inspired dinner recipes which you need to try?

The greek food is loved by everyone which helps to make the feast-worthy and it gives the most interesting taste which you have never tried before. AT your favorite greek restaurant Sydney you will enjoy the best Mediterranean flavors be it for breakfast, lunch, or dinner. Well! There is something for everyone in the greek dishes. Some of the dishes which you need to try are mentioned below:

Greek chopped salad with grilled pitaa can be taken to another level by adding bell pepper and there is a smoky depth to it. Till the time it does not have the blackness the pepper can be broiled. After that, you need to peel them and toast them till the time they get brown.

Spaghetti is a great option to lower the calories and lower-carb options. The flavors are something different in it because of the way it is toasted. Just bind all of them together and the added vegetables are going to make it fulfilling.

Greek-style chicken-breasts is something which is known for the addition of fresh herbs, feat cheese, olives, and kalamata. The Mediterranean flavor will have the grill to it because of the chicken breasts.

The greek fries are made in the air fryer and there is an addition of tons of spices in it. You can add more to them so that the taste is perfect

It is like a one-pot wonder, which is known for giving a delighted taste. It is known for the creamy feta, fluffy bulgur, and moist chicken in it. This dish has different flavors it and there is no need to add the sauce to it. Since there are too many flavors in the pain which makes it a complete meal on its own.

If you have tried lasagna then you are going to love this also. Traditionally it had the layers of ground beef, tomatoes, eggplant, lamb, or ground beef. For the lightened version calls there is ground chicken which is a combination of richness due to the yogurt-based sauce. Mostly it is known for the richness and meaty flavor.

It is the version of bakes casserole layer which is loaded with tomato sauce and the roasted eggplant is there which has a creamy bechamel sauce in it. You should grill it and do not roast it.

There are many other greek dishes which you can enjoy at your dinner. If you are looking for a place to have a satisfying meal then visit us. Make your day more special with amazing, fresh, and delectable dishes.